“I really can’t believe that,” said Dr. Nicole Poncheri, the school’s principal, who has overseen the Cole Manor Healthy Comet student newspaper for the past 14 years.

She said it’s unusual for a program to have such longevity in a school. She attributes Healthy NewsWorks’ staying power to its “relevance” for students who contribute to it and to the school community and families who read it. “Anyone who participates in it sees the value in it,” she said.

Every year, she said, she is excited to see what topics her fourth grade reporters will write about and how they will engage in real-world experiences. Over the years, Healthy Comet reporters have gone on field trips to report and write articles about the Elmwood Park Zoo, Einstein Medical Center Montgomery, and Quest Diagnostics, among other destinations. “Any time you can provide first-hand authentic experiences for students, it sticks with them,” Dr. Poncheri said.

She said all the students in her school benefit from the newspaper because teachers include it in their lesson plans. They also have taken note of how capable the reporters are as writers. “For some teachers, it’s an eye-opener,” Dr. Poncheri said.

In addition, the newspaper program has influenced some teachers to incorporate student-led interviews into their own classroom projects, she said.

Dr. Poncheri said she appreciates that Healthy NewsWorks has grown and evolved, bringing new projects to her school over the years, from its annual book program to its Cub Reporter program.

For the first time last school year, Cole Manor included Healthy NewsWorks’ four-lesson Hearty Kids series for second grade classrooms, which focuses on healthy eating, exercise, and stress reduction. Hearty Kids is the first offering in the Cub Reporter series, which seeks to include the youngest readers and writers in school newspaper activities. “I would like to grow that program into other grade levels,” Dr. Poncheri said.

The newspaper program is “something we are really proud of,” she said. “We want to have it another 15 years.”

During the 2020–2021 school year, the Cole Manor program will be led by Sarah Rathgeb, school librarian, who has been the faculty advisor for several years.

Back in Schools, Virtually 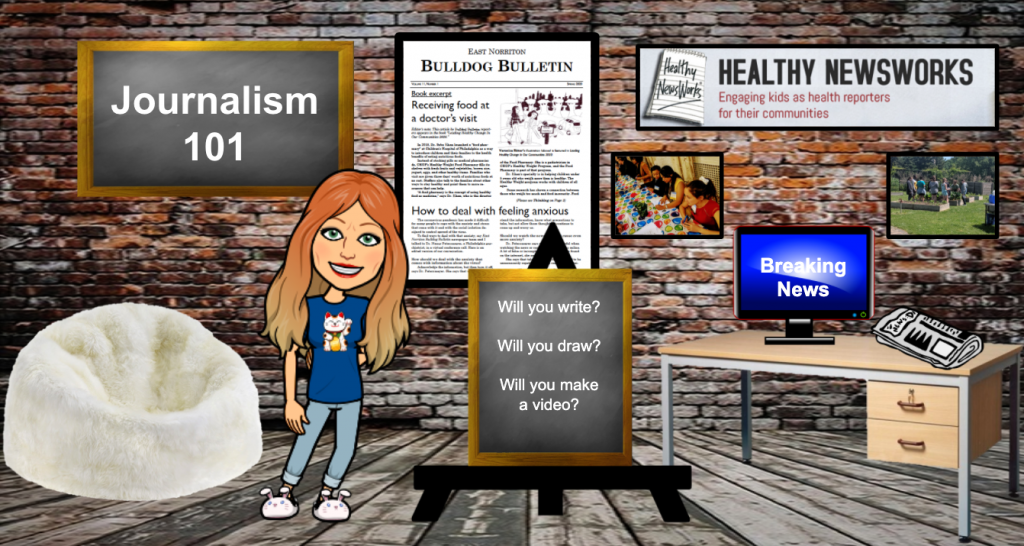 Healthy NewsWorks is back in schools this fall—from a distance. Because of the COVID-19 pandemic, all programs are being conducted virtually. Read more.

Making Sense of the Virus

Find Healthy NewsWorks students’ interviews, articles, illustrations, and videos about the coronavirus and its impact on lives. Read more.

A Message to Our Community

Healthy NewsWorks believes that every child has the right and the need to acquire health knowledge and literacy skills. We seek to develop children’s powers of inquiry and to enable them to share accurate health information with their community. We design our work to be carried out in an atmosphere of respect for children, families, and teachers, and to help pave the pathway to equity. Read more.